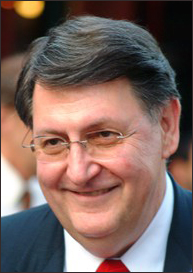 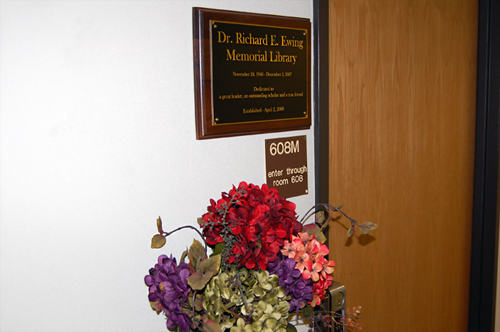 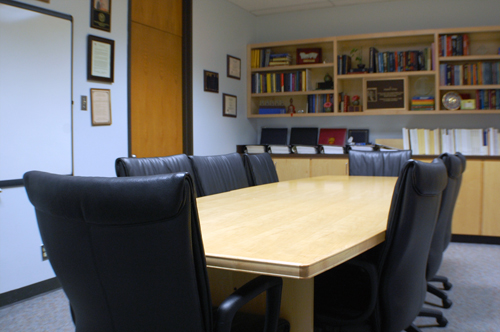 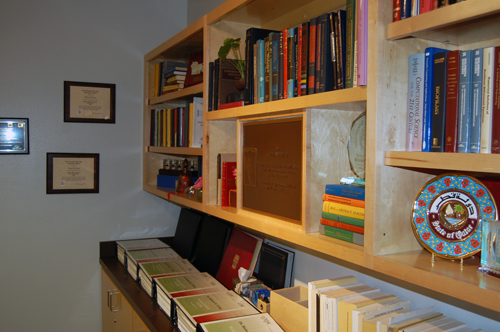 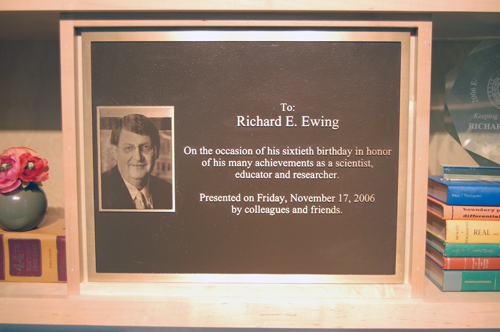 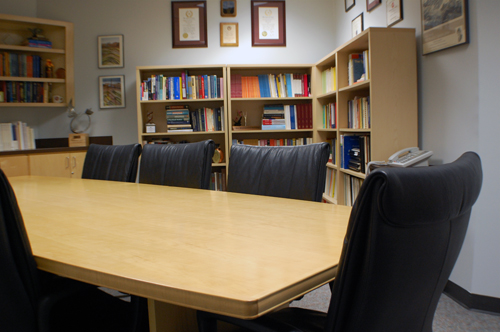 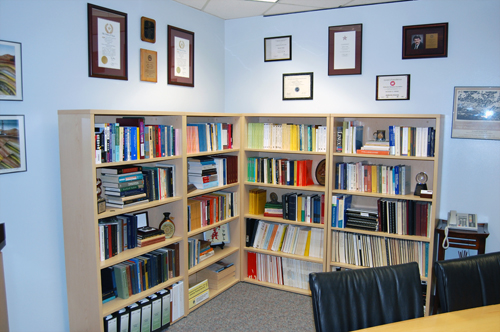 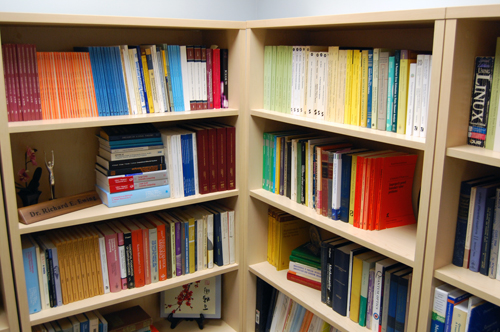 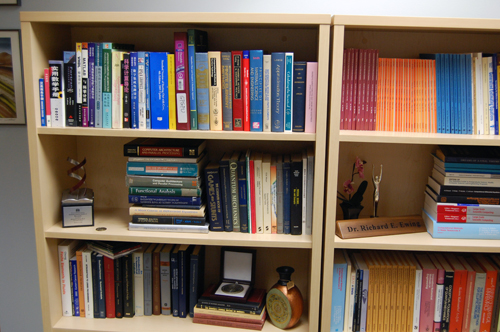 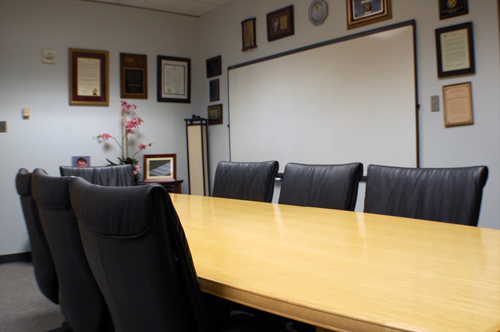 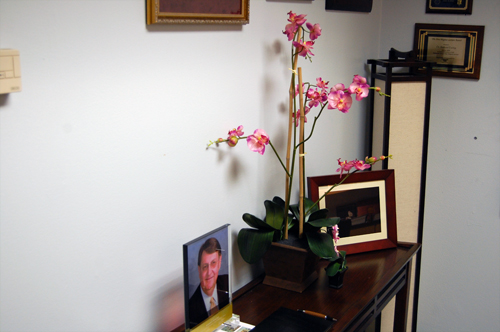 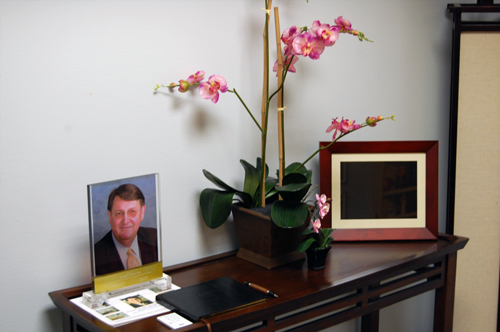 In dedication to a great leader, an outstanding scholar, and a true friend, the Institute for Scientific Computation established the Dr. Richard E. Ewing Memorial Library on April 2, 2008. Located in 608M Blocker Building, the library serves as a functional conference room and houses many of Dr. Ewing's awards, books, and collectibles.

The ISC maintains an archive of photographs taken throughout Dr. Ewing's illustrious career.

In lieu of flowers or other offerings, memorials may be made to:

Cards, letters, and other written forms of condolences may be addressed to the Richard E. Ewing Family in care of the Institute for Scientific Computation.